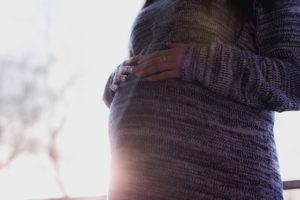 How/ why does a miscarriage happen?

There are several reasons for a miscarriage. The commonest reason is probably Nature’s selection. It is believed that as many as 75% of all pregnancies result in miscarriage, though most go unrecognised as they happen so early that it feels like that of a normal period, though slightly delayed.

An abortion is often a result of Nature’s selection process (Nature tries to allow only the best embryos to thrive and embryos which are below the mark are rejected ….meaning thrown out by the process of abortion). Hence most doctors would not ask for a battery of tests after a single abortion.

For any early embryo to survive and grow in the uterus, the first step after fertilization is implantation i.e. the baby latches on to the inner lining of the uterus. Early in the second month of pregnancy, an organ called placenta starts forming. The placenta is a collection of blood vessels and the blood flows from the uterus, via the placenta to the fetus through the umbilical cord. The hormone progesterone plays an important part in the maintenance of the pregnancy in the earlier stages till the placenta is completely formed (usually by the end of the 3rd month).

Abortion may occur early in pregnancy as a result of defective implantation if an insult occurs at that early stage (usually just before or about the time of expected menses); or from defective placentation wherein it may not receive enough blood supply and is therefore aborted.

The entire mystery of why some embryos (even if normal) fail to implant or secure adequate blood supply is as yet ill understood.

About 15-20% of all couples will experience a miscarriage which is clinically recognised.

The other cause are as follows:

These account for about 50% of all clinically recognised early miscarriages. The fetus is genetically or chromosomally defective and is thus not able to survive. This usually occurs as a random event and a vast majority of these couples do have a normal pregnancy outcome next time. However, to diagnose a chromosomal defect, one would need to perform advanced tests on the abortus, which is not recommended after a first miscarriage. Hence, for most of the time, the miscarriage goes unexplained.

Some of these couples may be unfortunate in that they may suffer a repeat miscarriage due to genetic defect in the abortus. Occasionally one of the parents may carry structurally abnormal genetic material which may result in an abnormal offspring. Therefore, couples who suffer repeated miscarriages may opt for genetic testing of the abortus.

Some women carry antibodies in their blood which may attack their own cells. Some of these antibodies may attack the placenta or promote formation of clots in the blood supply to the developing foetus. This may lead to slower growth foetal growth and eventual demise.

Auto-antibodies, as described above, usually cause foetal loss towards the third month of pregnancy or later.

Some women may have, from birth, a septum (wall) within the uterus or even “double” or “half” uterine cavity or a similar defect. Miscarriage may result from that (though it is not necessary). Rarely, after repeated D&Cs from miscarriage or wilful abortion, or uterine infection (such as tuberculosis), ‘bands’(adhesions) may form within the uterus, preventing successful nurturing of a growing foetus. Very large fibroids, especially those which encroach upon the uterine cavity may also interfere with a successful pregnancy outcome.

Sometimes the cervix (the mouth of the uterus) opens up early in the second trimester causing miscarriage. This may be prevented by a simple stitch to ‘hold’ the pregnancy, in selected cases.

Infections can interfere with early pregnancy development and many bacteria, viruses or parasites have been implicated in causing pregnancy loss, though that is not very common.

Early pregnancy is an interplay of various multiple maternal hormones which work in balance to provide the ideal environment to the developing embryo. Hence, some women with menstrual disturbances and PCOS may have a higher risk of early pregnancy loss.

Women with uncontrolled diabetes or uncontrolled thyroid disorder may also have a higher risk than normal population.

A pregnant woman needs to be especially watchful in the first three months as what she ingests orally or through her lungs may reach her unborn baby who is at a crucial stage of organ formation. Harmful substances such as certain drugs, alcohol, smoking or excessive caffeine intake and stress may harm the foetus and may eventually cause miscarriage. Pregnant women should not undergo Xray or CT scan as well, unless recommended by the doctor (under compelling conditions and with adequate precautions).

Finally, it would be wise to mention that a majority of the miscarriages go unexplained and are but random occurrences.

Will a miscarriage affect one’s ability to conceive again?

The miscarriage by itself will not affect one’s ability to conceive. However, couples who have suffered one miscarriage have a 15% chance of suffering another one. After two losses, the risk rises to 30%, and after three miscarriages it may rise up to 45%.

Repeated pregnancy losses can be a major source of anxiety to a woman, but unfortunately, medical science does not have all the answers to this problem.

It is wise to consult a specialist if you are having difficulty retaining your pregnancy and you would need specialised tests and treatment for the same.

When can one try to conceive after a miscarriage?

This is a question which does not have one single answer. However, most doctors would agree that the couple should complete the basic investigations (and make the requisite corrections) and the woman should recover her physical and mental health sufficiently before she is ready again. Usually 3 months is a good time for this process, however, it may vary vastly. Ask your doctor the recommendations for you.

Sometimes overwhelming anxiety in the couple may prompt the doctor to allow earlier attempts at conceiving.

What are the treatments available to prevent a miscarriage?

Whatever be the cause, there are certain common lines of treatment which are recommended to prevent early pregnancy loss. These include early (pre-pregnancy preferred) oral folic acid supplementation, hormonal treatment using progesterone capsules or gel(oral or vaginal) or Inj HCG and rest (physical and emotional). A lot of other empirical treatments are being used, however their efficacy is controversial and needs to be evaluated further.

In case, the specialist detects a specific causes for miscarriage, the same would be treated. For example if you have a uterine septum, surgery would help. Similarly, if you would benefit from heparin injections throughout pregnancy if your placenta is not allowing adequate blood flow to the baby.

How does a miscarriage take a physical and emotional toll on a woman?

Pregnancy is an event which brings joy and hope. So the couple is looking at a new horizon together and miscarriage is not just the death of an as yet unborn entity, it is the shattering of a dream.

The woman may feel angry and helpless… “Why me!?” She may feel she has let down herself, her partner and their family. Often in our society, the woman is blamed for the miscarriage, for ‘things’ which she ‘did’ or ‘did not do’. It is a shame that at a time when she needs the support of her loved ones, she is made to feel responsible for an unfortunate occurrence of which she is the main victim! She may feel guilty and a failure. Feelings of fatigue, loss of interest in everything, body pains, lack of sleep or excess sleep, loss of appetite, mood swings and wanting to be alone, can signal depression.

The above emotional turmoil is often compounded by anxiety about the outcome of a future pregnancy, as well as a dip in hormonal levels immediately post miscarriage.

Her partner, though not as expressive, is likely to be grieving in his own way. He may, in addition, feel out of control, at being unable to set things right and may frequently seek work as a way out. Most men do not seek support and would rather procure more information on the subject and try to prevent a future mishap. .

How do I cope with a miscarriage?

Every woman is different and as such her ability to cope with a stressful situation differs.

Women need to give themselves time and space to grieve. Grieving is a most natural reaction and her family should honour her feelings. She may decide to take time off from work or involve herself in prayer or spiritual practices, or revive an old hobby or take up a new one.

Most women seek solace in their partners and immediate family. The family needs to make her feel that it is not her fault and that they are by her side at this difficult hour.

Most partners do support each other unconditionally and miscarriage brings them closer. However, some women may perceive their husbands as ‘cold’ or the partner may feel that she is not able to get over it soon enough and this may strain the relationship.

Family support (especially from mother and sister) is invaluable, yet insensitive, though well-meaning relatives may unintentionally belittle her emotions and make her feel that she is over-reacting.

Some women may seek professional help with counsellors and this is invaluable when routine coping mechanisms fail.

Today, with the advent of the internet and more information, more and more women are seeking answers. Health care professionals play a very important role in the coping process. Her doctor should answer the couple’s queries sensitively. He should provide all relevant information so that they feel in control and can accept the situation better. The paramedics can provide support with caring words and gestures.

Hope for the future is the best coping mechanism for miscarriage. Life goes on!